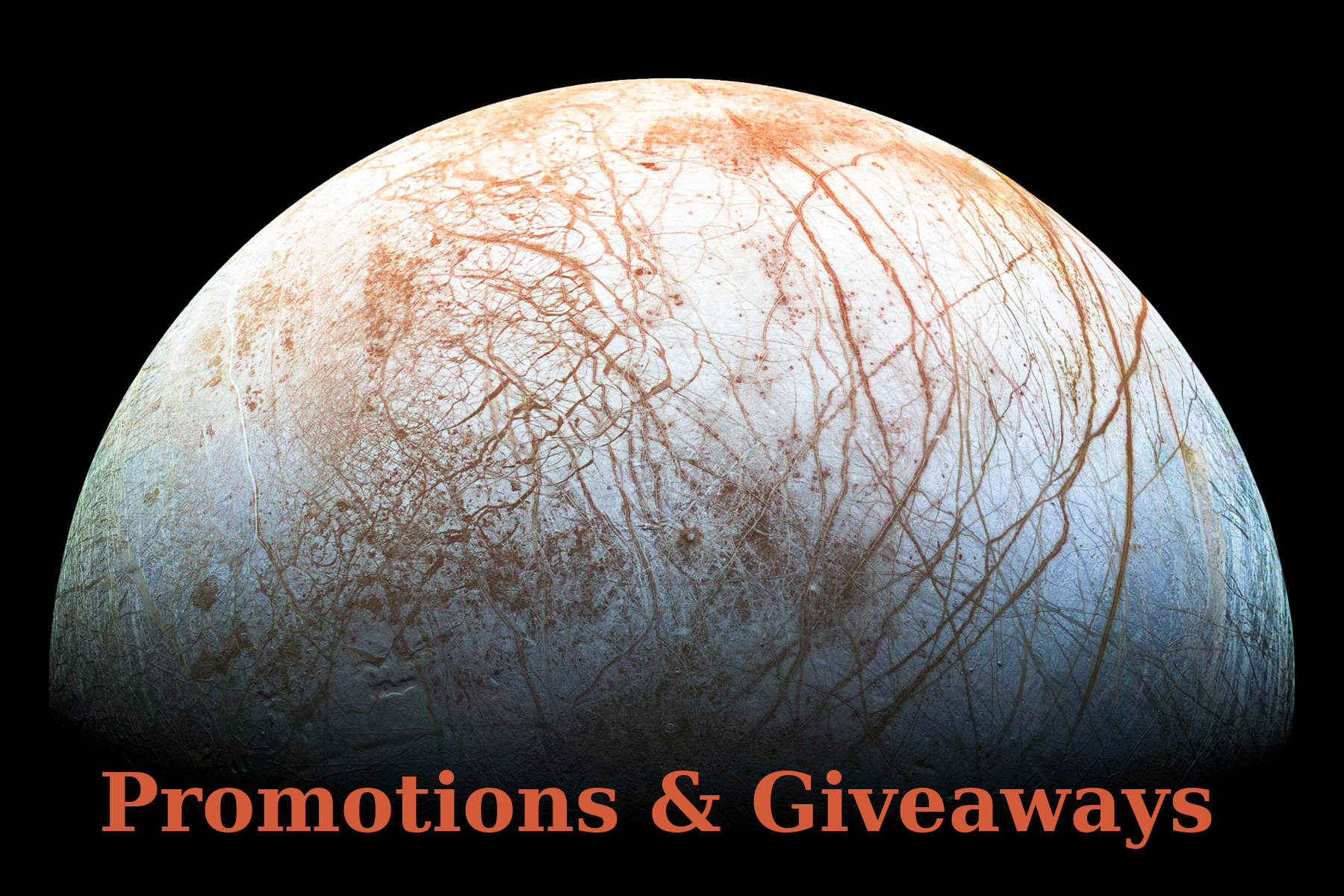 Sol is Not Lost

Trevor Van Leeuwan returns to Earth on a routine cargo run. But is anything ever just routine? A stowaway shows up on the ship past all security measures. There are pirates in deep space attacking innocent cargo haulers and miners. Though he is more at home in the breakaway colony planets of Magellan and Bering, he has interests here. The Van Leeuwans have just struck oil on Mars and the boom is on. So who are the real pirates? Could they be the same frauds who've been holding up human beings for millennia? Follow Trevor and his gang as he goes after the stolen property only to find out just how deep the rabbit hole goes.

The great-grandfather of Trevor van Leeuwan, Marcus Aurelius Van Leeuwan, twin brother Hans-Hermann Hoppe, H-cubed, family and friends sought out these two co-orbiting Earth-like planets nearly a century earlier, but those struggling for freedom on the Mars Frontier cannot be abandoned to the nihilists. The good guys created the breakaway civilization -- since those with all the money and power were not capable, nor can they ever know about it. 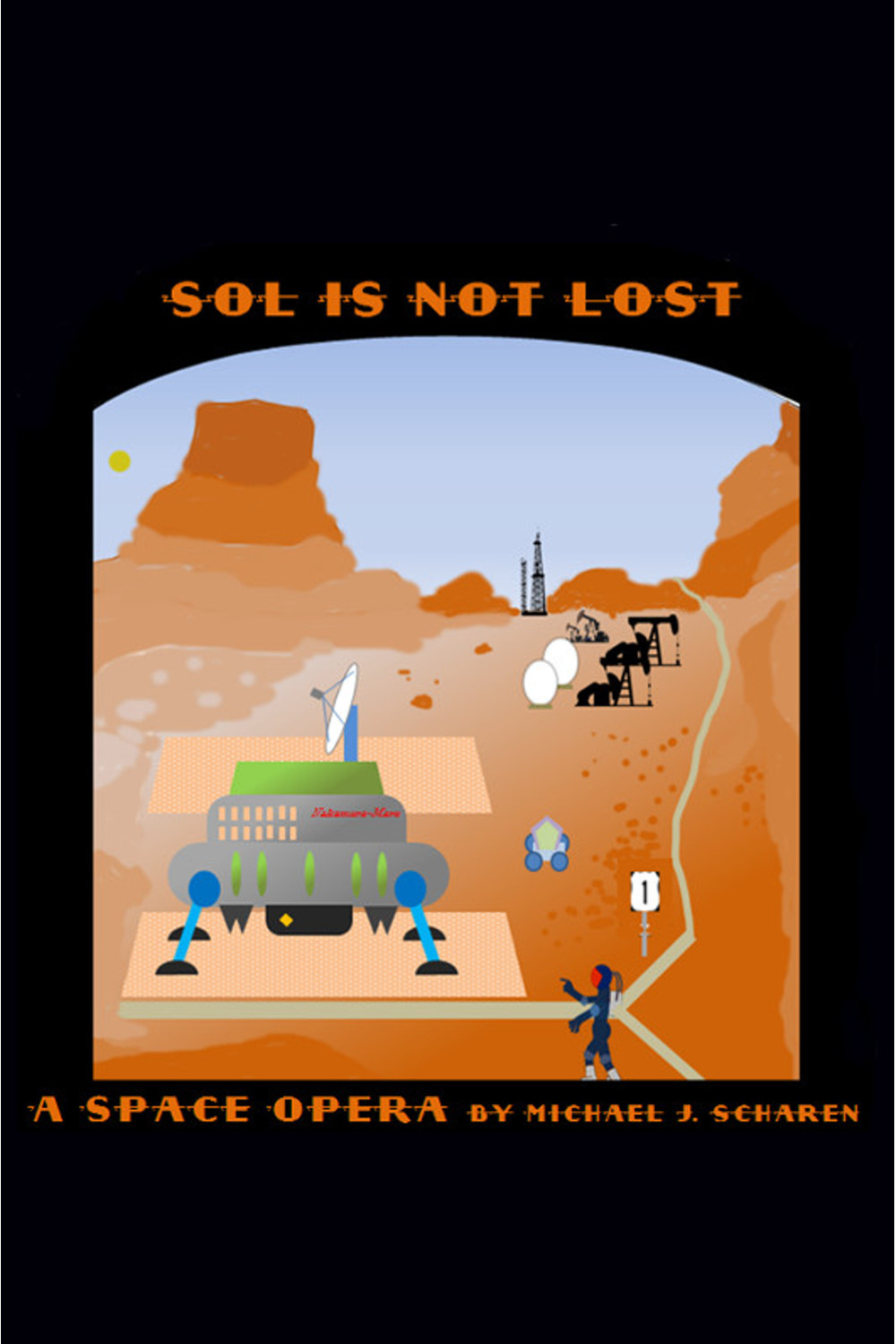 Sol is Not Lost: e-book

Trevor Van Leeuwan finds ancient relics of immense sophistication on Magellan. They look nearly identical to those found on Earth. But no advanced civilization ever developed on Magellan. He's here working with an archaeologist from Earth who was there for the first finds. Now his colleague is missing, their artifacts confiscated, with heightened interest in these tablets or devices. What is their true meaning and can Trevor and his team decipher them before the violent overlords and their cronies on Earth get there first?

Does Mankind Have A Hidden Past?

Why do so many cultures share the same stories of The Flood? What is behind the ancient fear of bad omens when a comet appears in the sky? Do those rulers who say they are chosen by God or The People really believe all of that claptrap? Could it be they have been holding something back for 125 centuries? And what secrets or misdeeds are they trying so hard to protect us from? These newly discovered artifacts may hold the keys For the Ages. 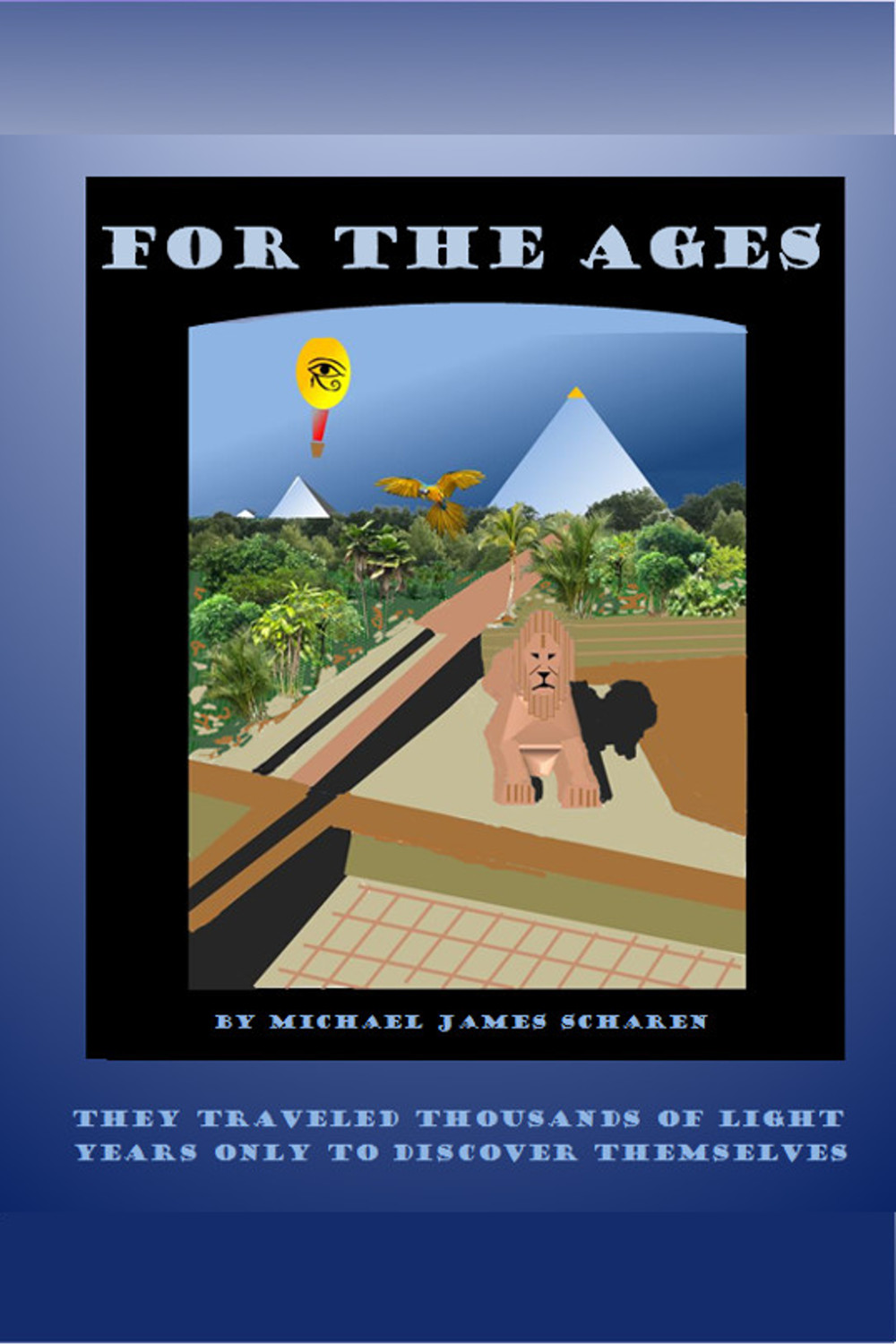 For the Ages: e-book

The Gifted: A Positive Tale of Mutation

It's back to the beginning with Trevor Van Leeuwan's great-grandfather Marcus Aurelius Van Leeuwan. 10 million years ago there were 50 species of primate on Earth. This truly was the Planet of the Apes. 2 million years ago Earth witnessed a cosmic event -- likely a supernova by the layer of the rare isotope Fe-60 found from that time period. Was the rise of Homo Sapiens Sapiens to dominance a coincidence?

Warnings are given for genetic mutations or interruption of social media, but after a few years the radiation blast is forgotten -- until the prodigies show up in droves. What will they want? What could they invent or think up as these overachivers run circles around the normals? Or maybe they just want to get away from the idiocy all together...Marcus Aurelius writes a paper on Faster-Than-Light propulsion at 13 years old. Even then he knows to hold back because some just could not be trusted with this power. 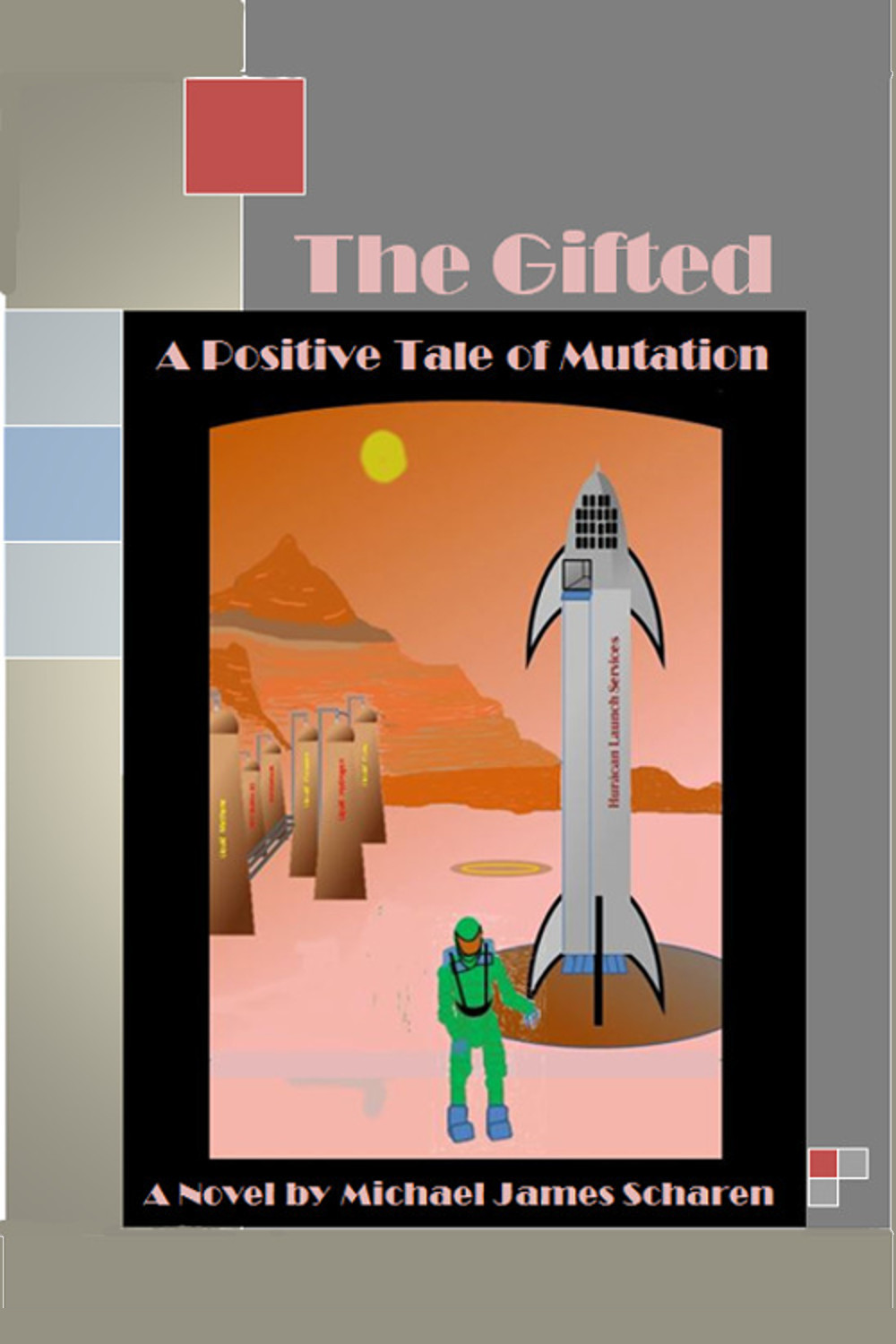 Join our e-mail list for a complimentary copy! (non-obnoxious -- we promise!)

The Van Leeuwans, lead by Marcus Aurelius continue their search for a new colony planet far away from the nihilists of Earth. But abandoning their freedom loving compatriots in the cradle of humanity to the princes of plunder is not an option. They do their best to provide a good example -- taking breaks to battle space monsters in their search. Marcus always thought that others could have developed Faster-Than-Light travel but where to find them? So many prodigies were born within just a few years. The Serendipity Factor must be put to work.

Could There Be Others?

Between 10-12% of the youngsters born after the Gamma-Ray blast to the Western Hemisphere were prodigies. Could others have invented Faster-Than-Light propulsion only to keep it to themselves as he had? Did they all understand this was too much power to be left to arbitrary rulers? Only the Serendipity Factor could answer that. They would appear in time and join with Marcus to improve the lots of freedom lovers in the Sol system as they looked for a new home elsewhere. The monsters in space were far less threatening than those on Earth. 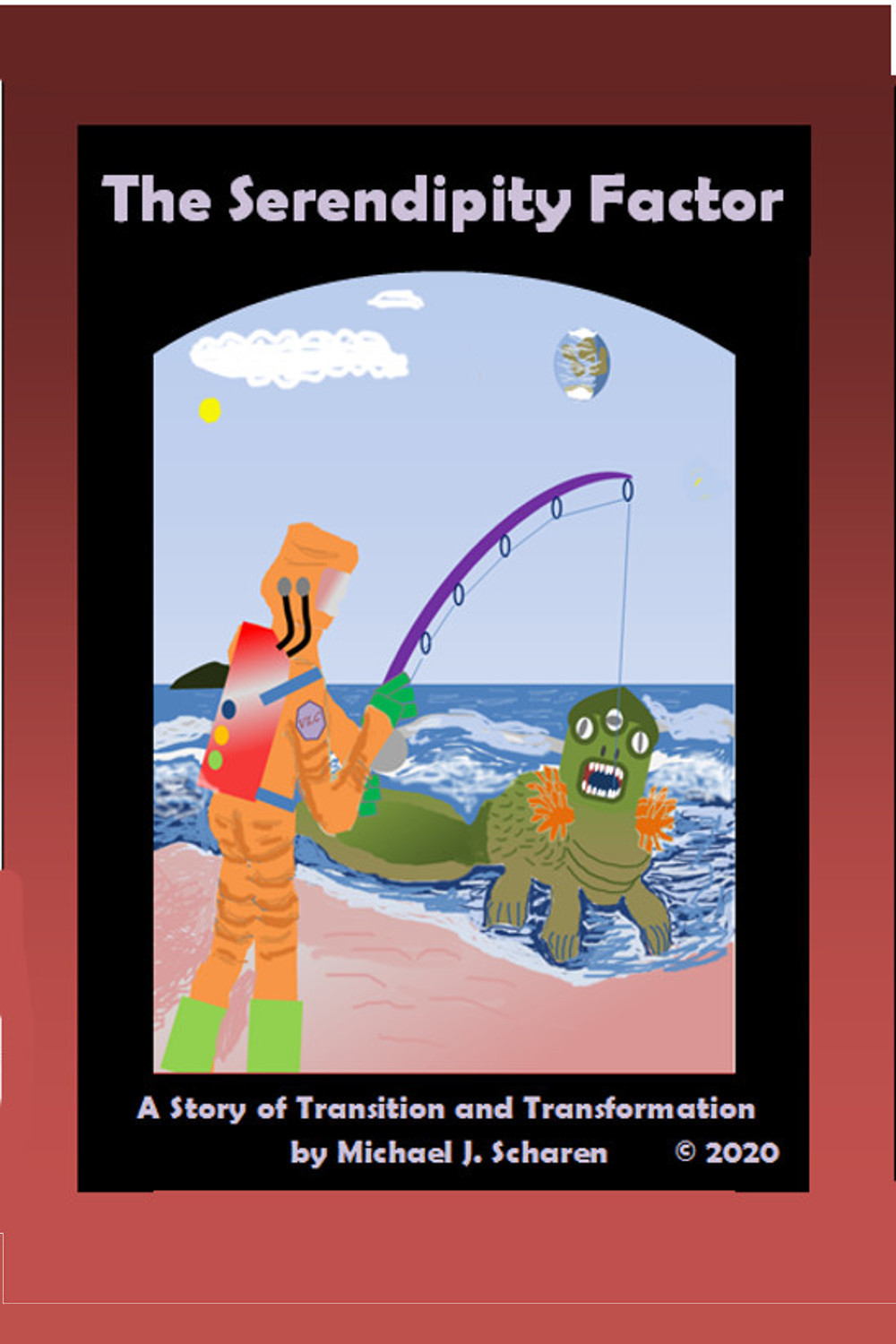 Signup for our e-mail list for this free e-book!(non-obnoxious -- we promise!)

Marcus Aurelius awakes from a fevered dream on a planet many light years from Earth. The dream has a deeper meaning than just a reaction to this experimental injection. They were trying to establish a new colony here, but was there trouble back in the Sol system?. This place gives off a strange vibe, almost like the biome is talking to him. Later they hear of snoopers around their businesses -- talking up their people on Mars and on Earth. The colonists were so well screened. Has someone sold them out?

Those on the Mars Frontier had shown the way. In the spirit of the Old West mining camps and wagon trains, people dealt with each other in the open. Interaction was on a purely voluntary basis following the nonaggression principle. This was a whole new world, not encombered by a lack of oxygen or the lack of greenery as on Mars. But now someone has been charged with a serious crime. The worst crime that could befall the colonists -- being sold out to Earth for a bag of ruthenium and osmium ingots. Find out more in this most unique trial in the backdrop of real Starship Troopers in real Starships on Mars! 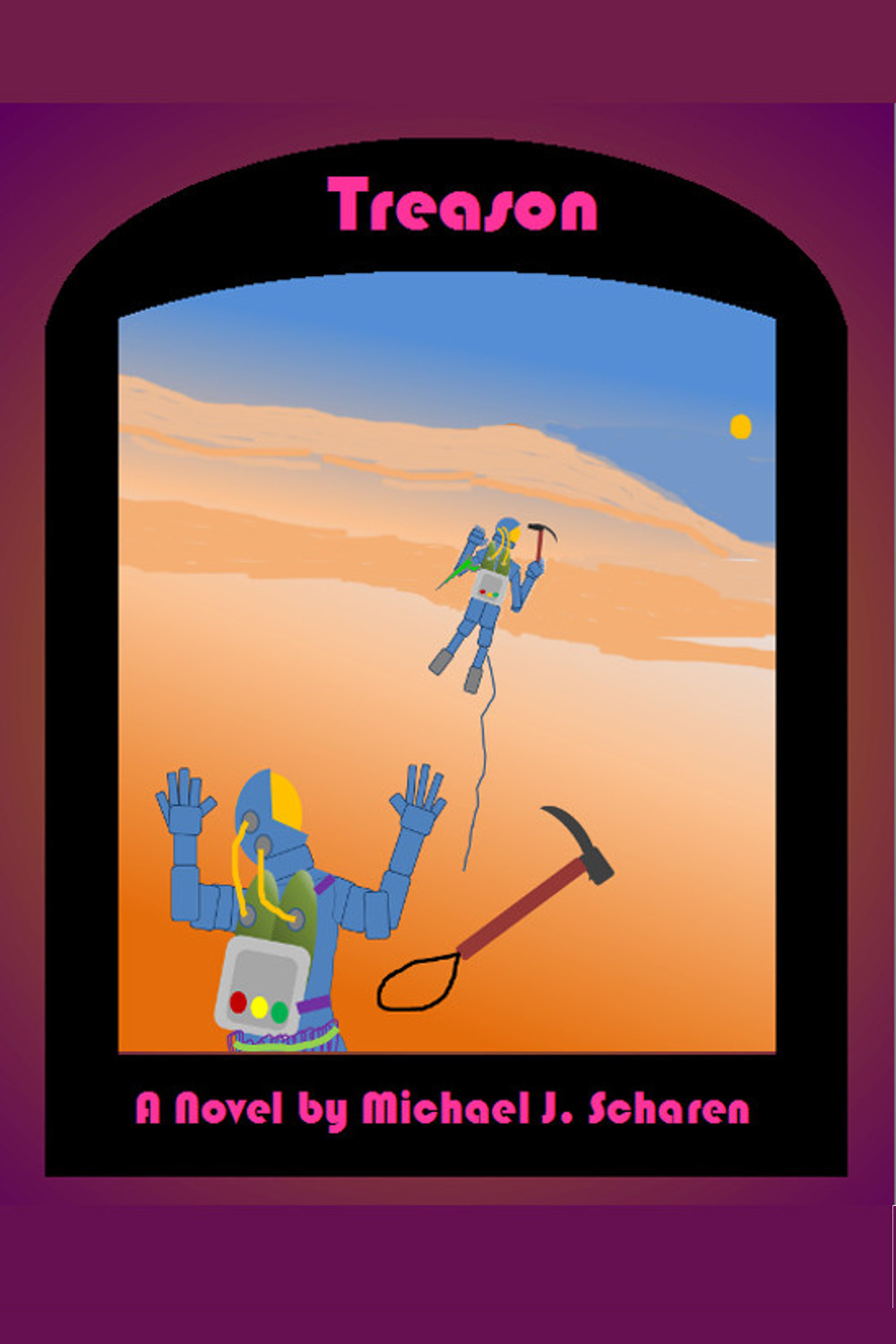 Signup to our e-mail list and receive a free book!(non-obnoxious -- we promise!)